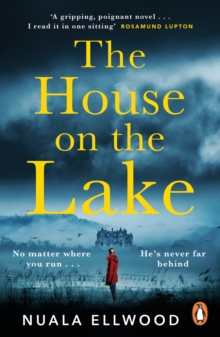 Lisa needs to disappear and her friend's rambling old home in the wilds of Yorkshire seems like the perfect place. It's miles away from the closest town, and no one there knows her or her little boy, Joe.But when a woman from the local village comes to visit them, Lisa realizes that she and Joe aren't as safe as she thought. What secrets have Rowan Isle House - and her friend - kept hidden all these years?And what will Lisa have to do to survive, when her past finally catches up with her?

If you want to join in the fun you can buy the book here. 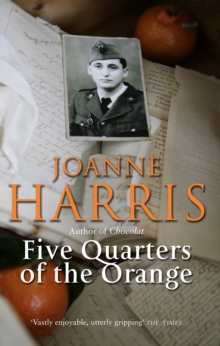 Beyond the main street of Les Laveuses runs the Loire, smooth and brown as a sunning snake - but hiding a deadly undertow beneath its moving surface. This is where Framboise, a secretive widow, plies her culinary trade at the creperie - and lets her memory play strange games. As her nephew attempts to exploit the growing success of the country recipes Framboise has inherited from her mother, a woman remembered with contempt by the villagers, memories of a disturbed childhood during the German Occupation flood back, and expose a past full of betrayal, blackmail and lies. 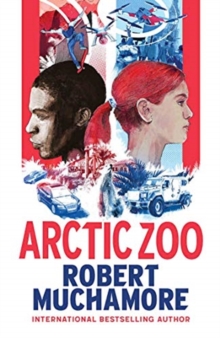 'It isn't easy to change the world but you've got to keep trying.' Georgia gets straight A's at school, has been placed first in twenty-six drone races and has a serious addiction to buying Japanese stationery. She plans to follow her older sister Sophie and become a doctor, but her worldview is shattered when tragedy strikes.

Julius lives in Ondo, a Nigerian state where half the population lives on less than a dollar a day. But he isn't one of them. His uncle has been state governor for more than a decade and his mother is the power behind that throne. He finds refuge in a derelict zoo with best friend Duke, but as the two of them grow close, the world outside becomes more and more hostile. 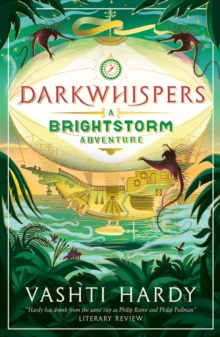 The thrilling sequel to the acclaimed BRIGHTSTORM: A SKY SHIP ADVENTURE. The Brightstorm twins are back for another adventure! Eudora Vane has organized an explorer fleet to search the last known destination of missing adventurer Ermitage Wrigglesworth. Harriet Culpepper and the crew of the Aurora join the mission, but they don't believe that Eudora has good intentions.What is she really looking for? Arthur is determined to find out, and when disaster strikes and the Brightstorm twins are separated, will he and Maudie be able to find their way back to each other? 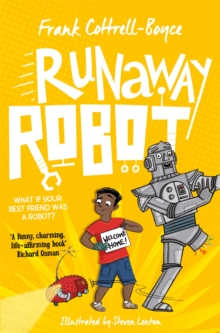 Runaway Robot is a funny and heartwarming adventure about two best friends helping put themselves back together, from the award-winning Frank Cottrell-Boyce, illustrated by Steven Lenton. When Alfie goes to Airport Lost Property, he finds more than he bargained for. A lot more.Because there's a giant robot called Eric hidden away on the shelves. Eric has lost one leg and half his memory. He's super strong, but super clumsy.

He's convinced that he's the latest technology, when he's actually nearly one hundred year's old and ready for the scrap heap. Can Alfie find a way to save Eric from destruction - before Eric destroys everything around him?.